Terry Longley and Son and Gateway Funeral Services approached us wanting to do something pretty unique in the world of funeral homes. They wanted to produce a podcast and live stream the recording it of it to enable extra reach and live audience feedback and questions. 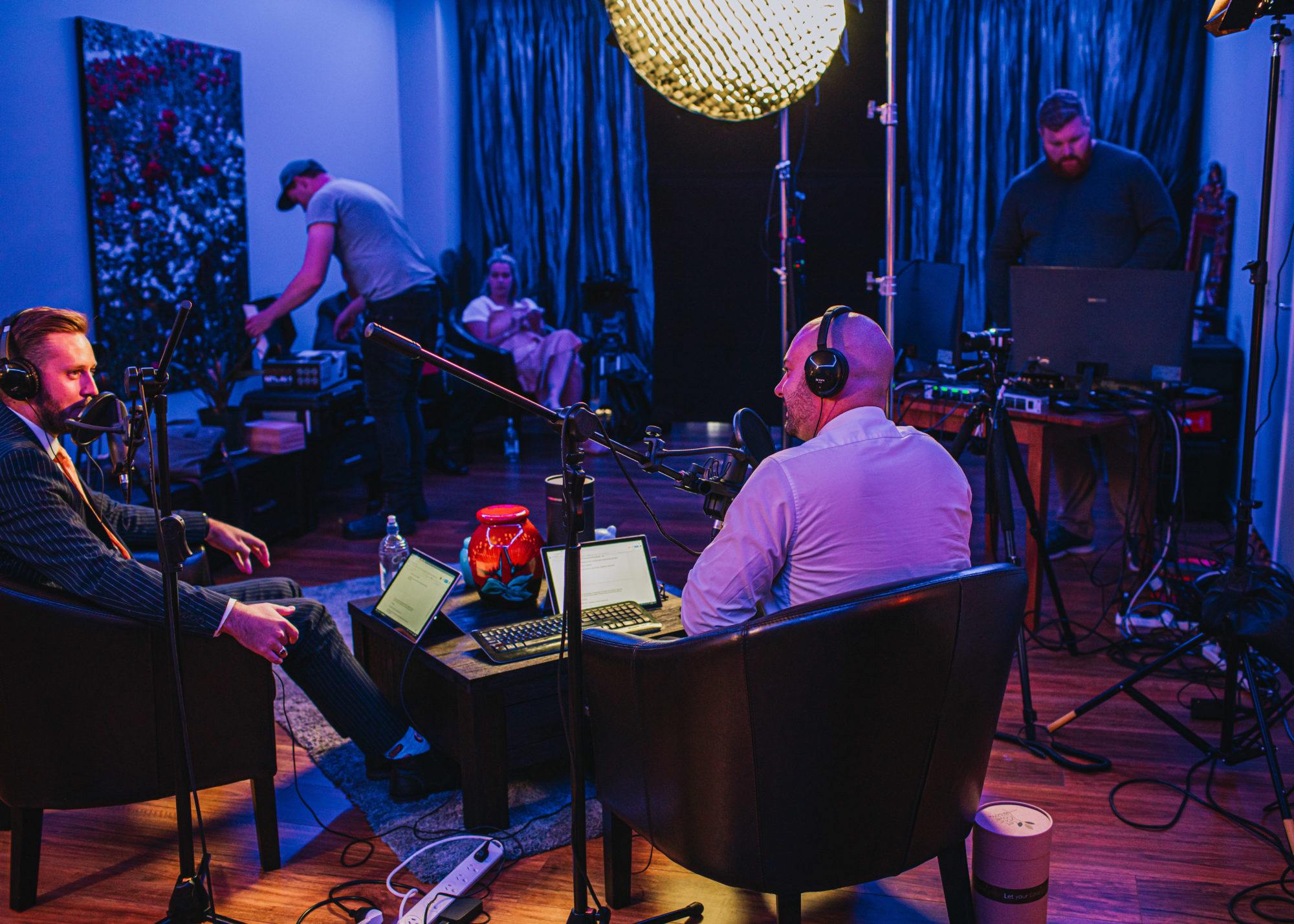 Talking about death and funerals is normally quite taboo but it’s something a lot of people feel quite lost about when they actually have to start thinking about what needs to happen once you pass away. That is where the wonderful team at Terry Longley and Son come to the rescue with many of their projects like this and other pieces we have created for them.

The engagement through these have been great, with around 80 or so people tuning in live, commenting and asking questions, and over the following few days getting a reach of thousands of people who watch the recording.

We’ve done quite a few of these but here is one we captured in March 2020 which gives you an idea of what they look like.

The goal with the setup was to keep it looking interesting and engaging so we had several cameras setup and switched between them all during the live stream. The setup to prep the room for the shoot takes around 2 hours to setup and 1 hour to take down. Here are a few images that give you a little behind the scenes peak into how these episodes were created.

Ready to tell your story?

We’re keen to meet you, hear your story and help you make your mark.

Who doesn’t love a good coffee?